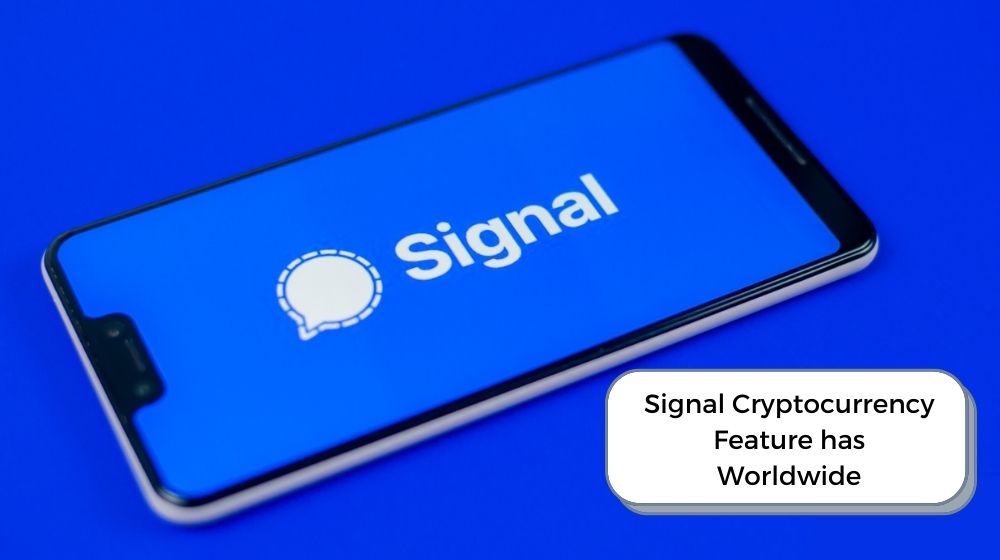 Signal Cryptocurrency Feature has Worldwide The Signal app, one of the world’s largest private instant messaging apps, has released its cryptocurrency feature for worldwide users. The signal is best known for its encrypt chat app, which has an emphasis on privacy in a world where the increasing ubiquity of mobile computing threatens to leave us all constantly vulnerable to hacking by malicious third parties.

The company has not announced its release yet. It is a privacy-related cryptocurrency called MobileCoin.

Signal, is built on encryption and has a history of working with cryptocurrencies. Announced in March of 2021 that it would be adding a payments feature to its app. The company launched Signal Pay in beta for its users in the UK. Which offers integration with MobileCoin — a relatively new cryptocurrency that advertises privacy as one of the reasons to use it.

Signal’s rollout of the payments feature shows that encrypte communication must be considered not just a tool for activists or journalists in hostile countries, but also a default communication mechanism of the future.

As nations integrate more surveillance capabilities into their communications infrastructure, encryption will become an essential tool for protecting democracy and privacy. Moving beyond simply calling and texting one another to paying for goods with cryptography may very well be crucial to keeping democracy and freedom alive in the digital age.

In recent months, Signal itself hasn’t commented on the global rollout of this new feature. But last April, creator Moxie Marlinspike explained to WIRED that he wanted to add payments to the encrypted video-calling and texting app in order “to match features from rivals like WhatsApp and Facebook Messenger—while also bringing Signal’s lauded privacy protections to monetary transactions.”

When you think of cryptocurrencies, Bitcoin probably comes to mind first. It’s been around since 2009 and is the most mainstream form of cryptocurrency. But there are other coins out there, including Signal’s MobileCoin. It has a key difference from Bitcoin: it’s entirely mobile-based.

MobileCoin is based on Bitcoin’s blockchain system that uses cryptography to ensure security and privacy. The company does not have to reveal the identity behind MobileCoin and will also not be held liable for its transactions.

The announcement comes as a response to UK regulations that restrict messaging apps from facilitating financial transactions. The app has been testing the feature for several months now and decided to launch it following the new regulations.

MobileCoin is a decentralized currency that is secured by cryptography and aims to be a new successor to Bitcoin and also an antidote to fraud and server downtime.

There is no question that mobile apps have been taking the world by storm. They are more and more people’s go-to way of communication and entertainment. With competition between these platforms increasing by the day.

With this in mind, MobileCoin founder Josh Goldbard has confirmed that his company will be launching its cryptocurrency network through a global beta release. This will allow users to send encrypted transfers to other MobileCoin holders for free, with transaction fees only charged for large spenders when sending across borders.

Difference between MobileCoin and Bitcoin?

Unlike Bitcoin, which provides a public ledger. MobileCoin offers more privacy features which offer an alternative to Bitcoin that also provides a peer-to-peer transaction system with no centralized authority.

MobileCoin is a privacy-oriented coin that seeks to address the concerns of requiring personal identification to complete a transaction. Unlike existing cryptocurrencies, MobileCoin doesn’t require personal information like name, address or even driver’s license number. Unlike other cryptocurrencies, like Bitcoin, MobileCoin has features that make payments and transactions hard to trace but easy to confirm. MobileCoin promises fast and private transactions with low fees. And because this privacy coin is built for mobile devices, it can be used on a phone or tablet and doesn’t require a PC or laptop.

For all the benefits that cryptocurrency can offer. It’s still a little complicated to get up and running if you’re not already a longtime enthusiast. Messenger features—though let’s be honest, getting started using Signal’s payments feature still isn’t quite that simple.

How does Signal Cryptocurrency Feature has Worldwide MobileCoin work?

This article is going to go over how MobileCoin protects users’ privacy. This is achieve through the use of features in the protocol.

MobileCoin is an attempt to develop a payment technology that caters to resource-constrained environments. Ever since the advent of digital currency. There have been many solutions to the fundamental problem of making transactions over the internet securely. Bitcoin was one such solution and it remains by far the most important cryptocurrency in existence. However, some people believe that Bitcoin’s success has more to do with its steadfastness and security than any innovations it’s made.

Unlike Bitcoin, MobileCoin is not back by a blockchain but rather relies on an authentication service provided by another network such as Stellar or Ethereum.

MobileCoin design goals include low latency, high throughput, and transaction finality. The designers also write that a key design goal is to introduce an advanced form of cryptography. That improves traditional schemes and enables MobileCoin to achieve a high level of privacy protection for users.

MobileCoin is a cryptocurrency project that will attempt to avoid the regulatory challenges faced by other digital currencies. Such as fraud and the crackdown from government authorities. The coin utilizes stealthy behavior in an attempt to avoid detection by the government. MobileCoin is led by a three-member team of two programmers and one legal counsel that represent it in courts around the world. 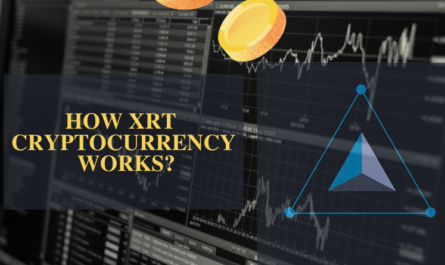 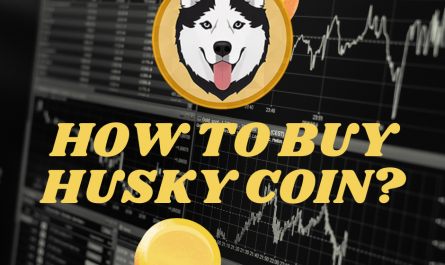 How to Buy Husky Coin? 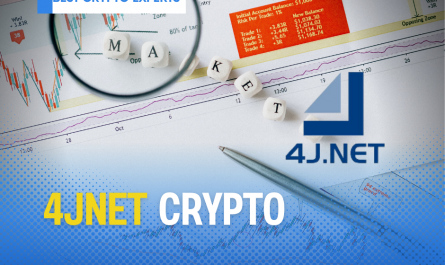